TORONTO, May 16, 2019 /CNW/ – The Supreme Cannabis Company, Inc. (“Supreme Cannabis”) (TSX: FIRE) (OTCQX: SPRWF) (FRA: 53S1) and Blissco Cannabis Corp. (“Blissco”) (CSE: BLIS) (OTCQB: HSTRF) (FRA: GQ4B:GR) are pleased to announce that they have entered into a definitive arrangement agreement (the “Arrangement Agreement”) under which Supreme Cannabis will acquire, by way of a court-approved plan of arrangement under the Business Corporations Act (British Columbia) (the “Arrangement”), all of the issued and outstanding common shares of Blissco (the “Blissco Shares”) not already owned by Supreme Cannabis. The Arrangement is an all-stock transaction with a total value of approximately C$48 million.

“Supreme Cannabis is the best positioned company in the cannabis space to help Blissco achieve its ambition of delivering innovative, quality assured full-spectrum cannabis products to the world,” said Damian Kettlewell, CEO of Blissco. “By merging with Supreme Cannabis, Blissco shareholders will benefit from the combined expertise of both companies in growing premium cannabis brands, producing and procuring high-quality inputs, commercializing new products, and ensuring regulatory compliance. Blissco shareholders will also benefit from Supreme Cannabis’ enhanced trading liquidity on the TSX and greater access to capital that will allow us to focus and accelerate Blissco’s premium wellness business.”

“Blissco has built a distinct and authentic premium wellness brand. Through our strategic partnership and prior investment in the company, we developed a deep understanding of the business and a high level of confidence in the senior management team. This transaction will allow Blissco to focus its business around the production and commercialization of cannabis oils and topicals for the premium wellness consumer,” said Navdeep Dhaliwal, CEO of Supreme Cannabis. “Blissco shares our vision, mission, and values. Through this transaction, we will combine best-in-class processes, commercialization, marketing and brand building expertise, and skilled management, ensuring we continue to achieve our vision to improve global well-being with cannabis.”

Share-based offer to enable upside participation.
Under the terms of the Arrangement Agreement, Supreme Cannabis will acquire all of the issued and outstanding Blissco Shares not already owned by Supreme Cannabis, representing a total value of approximately $48 million. Each Blissco Share will be exchanged for 0.24 of a common share of Supreme Cannabis (the “Supreme Cannabis Shares”). Shareholders of both companies will benefit from the combined companies’ expanded product offerings, infrastructure and consumer reach. Through the acquisition, Blissco will join Supreme Cannabis’ exclusive portfolio of premium brands and operate as Supreme Cannabis’ health and wellness business.

Expands Canada’s only premium-focused brand portfolio.
Blissco’s established premium wellness brand provides a platform from which the combined company will launch new products for this growing consumer segment. Through the acquisition of Blissco, Supreme Cannabis cements its position as Canada’s only premium cannabis company producing at scale.

United and committed leadership team.
Upon closing the Arrangement, Blissco’s CEO, Damian Kettlewell will continue to lead Blissco while benefiting from Supreme Cannabis’ expertise, infrastructure and access to capital. Mr. Kettlewell has committed to remaining employed at Supreme Cannabis as well as retaining at least 75% of his shares for a minimum of two years.

Board Approvals.
The Arrangement was unanimously approved by both companies’ boards of directors, and by a special committee of independent directors of Blissco (the “Special Committee”). Deloitte LLP (“Deloitte”) acted as an independent financial advisor to the Special Committee and has provided a verbal opinion to the Special Committee that, as of the date of such opinion, and subject to the assumptions, limitations and qualifications on which such opinion is based, the consideration to be received by Blissco shareholders pursuant to the Arrangement is fair, from a financial point of view, to such shareholders, other than Supreme Cannabis. The board of directors of Blissco unanimously recommends that Blissco shareholders vote in favour of the resolution to approve the Arrangement.

A description of the Arrangement Agreement will be set forth in a management information circular (the “Circular”), which will be filed with the Canadian securities regulators on the System for Electronic Document Analysis and Retrieval (“SEDAR”) at www.sedar.com, as well as in Blissco’s material change report to be filed on SEDAR.  A copy of the Arrangement Agreement will also be filed by Blissco with the Canadian securities regulators and will be available for viewing at www.sedar.com.

All dollars represented are in Canadian unless otherwise noted.

About The Supreme Cannabis Company, Inc.

The Supreme Cannabis Company, Inc. is a global diversified portfolio of distinct cannabis companies, products and brands. Since 2014, the Company has emerged as one of the world’s fastest-growing, premium plant driven-lifestyle companies by effectively deploying capital, with an emphasis on disciplined growth and high-quality products.

Certain statements made in this press release may constitute forward-looking information under applicable securities laws. These statements may relate to anticipated events or results and include, but are not limited to: statements regarding the expected benefits to result from the Arrangement; the effect of the Arrangement on both companies going forward; the timing for the mailing of the Circular and holding the Meeting; and the satisfaction of closing conditions including, without limitation (i) the required Blissco shareholder approval; (ii) necessary court approval in connection with the Arrangement; (iii) certain termination rights available to the parties under the Arrangement Agreement; (iv) Supreme Cannabis obtaining the necessary approvals from the TSX for listing the Supreme Shares to be issued in connection with the Arrangement; and (v) receipt of required regulatory approvals and other customary closing conditions.  Often, but not always, forward-looking statements can be identified by the use of forward-looking terminology such as “may”, “will”, “expect”, “believe”, “estimate”, “plan”, “could”, “should”, “would”, “outlook”, “forecast”, “anticipate”, “foresee”, “continue” or the negative of these terms or variations of them or similar terminology. Forward-looking statements are current as of the date they are made and are based on applicable estimates and assumptions made by management of Blissco and Supreme at the relevant time in light of their experience and perception of historical trends, current conditions and expected future developments, as well as other factors that they believe are appropriate and reasonable in the circumstances. However, neither Blissco nor Supreme Cannabis undertakes to update any such forward-looking information whether as a result of new information, future events or otherwise, except as required under applicable securities laws in Canada. There can be no assurance that such estimates and assumptions will prove to be correct.

Many factors could cause actual results, level of activity, performance or achievements or future events or developments to differ materially from those expressed or implied by the forward-looking statements, including, without limitation, the risk that the Arrangement does not occur; negative effects from the pendency of the Arrangement; the ability to realize expected benefits from the Arrangement; the timing to consummate the Arrangement; public opinion; and any other risk factors discussed in any public filings of Supreme Cannabis and Blissco filed with the Canadian securities regulators, including the “Risk Factors” section of Supreme Cannabis’ Annual Information Form dated October 2, 2018 (“AIF”). A copy of the AIF and Supreme Cannabis’ other publicly filed documents can be accessed under Supreme Cannabis’ profile on SEDAR at www.sedar.com.  Supreme Cannabis and Blissco caution that the foregoing list of risk factors and uncertainties is not exhaustive and other factors could also adversely affect their results. Readers are urged to consider the risks, uncertainties and assumptions carefully in evaluating the forward-looking information and are cautioned not to place undue reliance on such information. 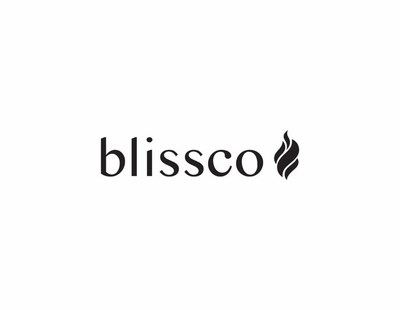 
Biome Grow (CSE: BIO) wholly owns Highland Grow, an Authorized Licensed Producer in Nova Scotia under the ACMPR, P-209 Inc., a company incorporated under the laws of the Province of Ontario and in the late stages of applying for a license under the ACMPR.