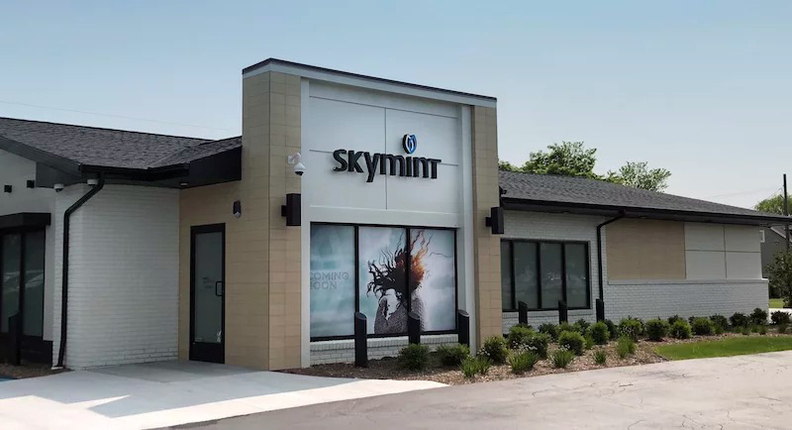 Green Peak Innovations, Michigan’s biggest marijuana company, has wrapped up a $10 million round of mezzanine financing to fund expansion.

The company based in Windsor Township southwest of Lansing expects its fourth store to open this month in Nunica on the west side of the state. Thirteen more are slated to open in the next six months, according to a news release.

“We are well on our way to becoming Michigan’s premier cannabis company as the recreational market opens up next year,” CEO Jeff Radway said in the release.

Green Peak is also making expansion moves outside Michigan: It announced in May that it had agreed to buy a marijuana license holder in Florida, marking its first foray out of the state. Radway said in July that a 100-store roll-out was planned, involving locations in both Ohio and Florida. It also plans to expand its 60,000-square-foot production facility in Windsor Township.

Mezzanine financing is a gap-filler between equity and senior debt in a company’s capital structure that gives the lender the right to convert to an equity interest in the company in case of default.

Green Peak also teamed with Short’s Brewery Co. in northern Michigan to produce a line of beer-inspired edibles and vaporizers.


SinglePoint, Inc (SING) is a technology and investment company with a focus on acquiring companies that will benefit from the injection of growth capital and technology integration.

This website uses cookies to improve your experience while you navigate through the website. Out of these, the cookies that are categorized as necessary are stored on your browser as they are essential for the working of basic functionalities of the website. We also use third-party cookies that help us analyze and understand how you use this website. These cookies will be stored in your browser only with your consent. You also have the option to opt-out of these cookies. But opting out of some of these cookies may affect your browsing experience.
Necessary Always Enabled

Any cookies that may not be particularly necessary for the website to function and is used specifically to collect user personal data via analytics, ads, other embedded contents are termed as non-necessary cookies. It is mandatory to procure user consent prior to running these cookies on your website.