VANCOUVER, May 28, 2019 /CNW/ – Geyser Brands Inc. (formerly Kanzen Capital Corp.) (TSXV:GYSR) (“Geyser Brands” or the “Company”) is pleased to announce that, further to the Company’s news release dated February 11, 2019, the Company has entered into a definitive agreement (the “Agreement“) in respect of the previously announced acquisition of Solace Management Group Inc. (“Solace“), a private corporation existing under the laws of British Columbia (the “Proposed Transaction“). 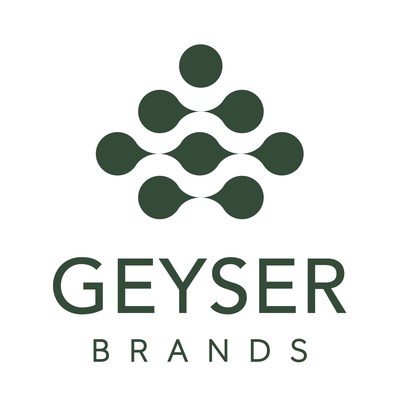 The Company’s CEO, Andreas Thatcher states that “[T]his is a transformational strategic acquisition for Geyser, which will establish ourselves as a leading provider of health-focused hemp and CBD wellness products. With the constant evolution of the national and international hemp and CBD landscape, by combining the expertise in innovation and development with Solace’s expertise and market recognition, we will be well placed to capitalize on what is predicted to be a multibillion-dollar industry.”

As reported in previously disseminated news releases, Solace leverages its brands, intellectual property and proprietary formulations in the hemp and CBD markets by licensing distribution and production arrangements. Solace’s brands and assets include among other things, the Apawthecary Pets line of products which are leading all-natural hemp-based pet treats with formulations for human grade, all-natural pet treats, salves and oral drops. Apawthecary Pets products are currently being sold in pet stores and veterinarian clinics across Canada, including Bosley’s, PetLand, Pharmasave, Bukerfields, Shoppers Drug Mart, Global Pet Foods and Pet Planet to name a few. Solace’s product portfolio currently comprises of 23 products and 57 SKU’s of both pet and consumer healthcare goods. All products are currently utilizing organic, unrefined, cold-pressed hemp seed oil extracts. As part of the Solace’s continued growth, it has recently moved to a new 7,500 sq. ft. facility built to Good Manufacturing Practices. The new facility is anticipated to increase Solace’s production capacity significantly in order to meet the growing demand and will allow the development of new products and formulations.

The terms of the Promissory Notes provide that the Principal Amount will be paid in full, without interest, on or before the first anniversary of the closing of the Proposed Transaction. The Company shall have the right to prepay all or any part of the Principal Amount at any time without notice, bonus or penalty. Furthermore, in the event the Company raises capital after the closing of the Proposed Transaction in the aggregate amount of $5,000,000 by way of one or more private placement financings, or other form of investment from arm’s length third parties, the unpaid balance of the Principal Amount will be immediately due and payable.

Certain Consideration Shares may be subject to escrow in accordance with Exchange policies and all Consideration Shares will be subject to a statutory hold period expiring 4 months and 1 date from the date of issuance. No finder’s fees are payable in connection with the Proposed Transaction. On completion of the Proposed Transaction, Solace will become a wholly owned subsidiary of the Company.

Although the parties have entered into the Agreement, there can be no assurance that the Proposed Transaction will be completed as proposed, or at all. The Agreement may be terminated by the parties in certain circumstances.

The closing of the Proposed Transaction remains subject to, among other things: (1) the Company being satisfied with its due diligence review of Solace; (2) the receipt of all necessary consents, including all necessary third party consents; (3) board approvals of Geyser and Solace, (4) approvals and authorizations including any applicable shareholder approval; (5) TSXV Exchange (the “Exchange“) approval; (6) satisfaction of any Exchange requirements; and (7) the satisfaction or waiver of conditions precedent and other customary closing conditions outlined in the Agreement. Closing of the Proposed Transaction is anticipated to take place within 5 business days after receipt of final acceptance from the Exchange.

The Agreement has been approved by the Disinterested Directors of the Company and recommends to the Company’s shareholders to approve the Proposed Transaction.

In respect of the requirements of MI 61-101, the Company is relying on the exemptions from the formal valuation and minority approval required under MI 61-101. The Company is exempt from the formal valuation requirement of MI 61-101 in reliance of sections 5.5(b) and 5.5(e) as no securities of the Company are listed on the specified markets outlined therein and the current Control Person, as such term is defined in applicable securities laws, who own 25.96% of the current issued and outstanding common shares in the capital of the Company, supports the Proposed Transaction and (1) is not an interested party, (2) is at arm’s length to the interested party, and (3) supports the transaction. Additionally, the Company is exempt from minority shareholder approval of MI 61-101 in reliance of section 5.7(1)(c).

Although the Company is exempt under MI 61-101 in respect of minority shareholder approval and formal valuations, in accordance with the Exchange’s Policy 5.3, the Proposed Transaction constitutes a “reviewable transaction”, and, as the number of Consideration Shares issuable to “Non-Arm’s Length” parties exceeds 10% of the number of common shares issued and outstanding in the capital of the Company, the Exchange may require the Company to seek approval of a simple majority of the Company’s shareholders, excluding certain insiders. The Company will communicate the timing and conduct of such meeting in due course if required, or in the alternative, will seek written consent from the Company’s shareholders approving the Proposed Transaction as may be permitted by the Exchange.

As indicated in previously disseminated news releases, Mr. Kersch has disclosed to the other directors of the Company (the “Disinterested Directors“) his interest in Solace and the Proposed Transaction and as such, only the Disinterested Directors who are “independent” as such term is defined in MI 61-101 will be entitled to vote on any board resolutions, or make any decisions, to approve the Proposed Transaction.

Geyser Brands is a Health Canada approved Licensed Producer (“LP”) in Port Coquitlam, B.C. that holds a cultivation license and is anticipating its processing and sales licenses. Geyser Brands is exclusively focusing on leveraging these assets to provide the regulatory infrastructure for its global brands and distribution strategy, acquiring hemp- and plant-based brands and infusing them with new CBD product lines in jurisdictions where the therapeutic ingredient is legal. Geyser Brands’ proprietary NanoFusion technology surrounds oils and solves for the insolubility of CBD. Geyser Brands will utilize its 7,000 sq. ft. licensed facility in British Columbia for the manufacturing and distribution of its hemp and CBD-based products internationally.

On Behalf of the Board of Directors

Forward-looking statements and information are provided for the purpose of providing information about the current expectations and plans of management of the Company relating to the future. Readers are cautioned that reliance on such statements and information may not be appropriate for other purposes, such as making investment decisions. Since forward‐looking statements and information address future events and conditions, by their very nature they involve inherent risks and uncertainties. Actual results could differ materially from those currently anticipated due to a number of factors and risks. These include, but are not limited to, the risks associated with the marijuana industry in general such as operational risks in growing; competition; incorrect assessment of the value and potential benefits of various transactions; ability to access sufficient capital from internal and external sources; failure to obtain required regulatory and other approvals and changes in legislation, including but not limited to tax laws and government regulations. Accordingly, readers should not place undue reliance on the forward‐looking statements, timelines and information contained in this news release. Readers are cautioned that the foregoing list of factors is not exhaustive. Additional information relating to Geyser is available at www.sedar.com.